Every person has a distinct style and aesthetic when it comes to dressing. However, some institutions require employees to wear uniforms. Accordingly, some people argue that implementing strict clothing standards undermines an individual’s chance to express uniqueness.

Still, wearing work uniforms can actually be more advantageous than people claim. Below, we will explore several reasons employees wear uniforms in the workplace.

Uniforms are primarily used as team-building resources that establish belongingness and unity among an organisation’s workforce. It stresses the fact that uniform-wearing employees are members of the same corporate group.

For example, medical professionals wear scrubs for sanitary purposes and ease of movement. Still, different colours are also likely to indicate their departments or positions in the medical establishment they are working for.

Uniforms with logos help employees be instantly recognisable. Thus, customers can have peace of mind regarding their security and general safety. For instance, when an internet service provider or professional home cleaner knocks on their customer’s door, there is an assurance that they do belong to the company and it’s fine to let them enter the premises.

In store settings, it is also much easier to know who to approach for inquiries and assistance.

Company shirts and other uniform pieces that bear the logo and name of the enterprise serve as free advertising. Employees act as primary ambassadors of their company. Like how signage works, prospects are exposed to the brand upon seeing the trademarks being communicated in the personnel’s uniforms.

Some types of work uniforms signify deeper meanings, such as a doctor’s white coat. As you may have guessed, the colour white conveys neatness and cleanliness, as well as showcases the physician’s authority to provide medical care and treatment.

As for professional chefs, they wear toques, which are tall hats that appear to serve no practical function. Dan Myers of The Daily Meal affirms that pleated toques have adorned the heads of culinary professionals since the early 17th century.

However, these hats aren’t just created to match a chef’s outfit. They are visual indicators of their specific rank in the kitchen, as well as their level of expertise.

Many industrial locations are dangerous by nature, meaning the crew is exposed to considerable harm while staying in the worksite. A few examples are energy plants, gas and oil extraction locations, construction sites, and fabrication factories.

Thus, those who perform dangerous technical work are mandated to wear safety clothing and gear that are specifically designed to keep them protected from damaging elements such as chemicals, equipment pieces, heat, and electric power.

Also, every country has varying legal regulations that apply to the protection of employees’ welfare and health. For instance, the wearing of work uniforms in New Zealand and Australia are backed up by policies and acts. Hence, failure to comply can result in undesirable repercussions. 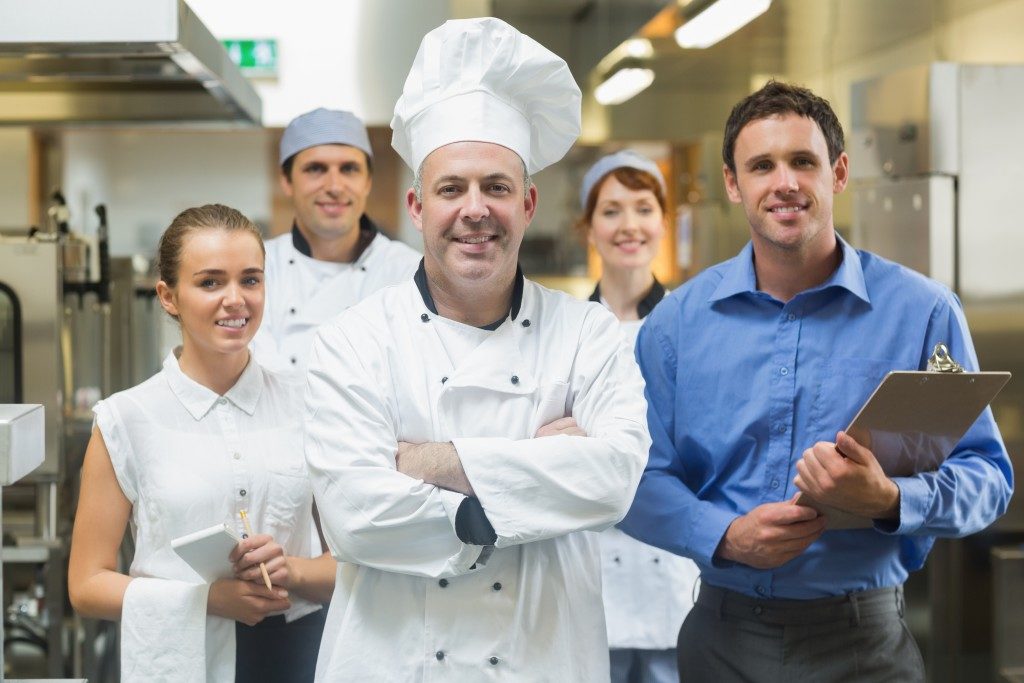 In the food service industry, the staff who cook and prepare meals follow strict clothing standards, such as wearing gloves, masks, and hairnets. This keeps the process of food preparation hygienic. As for the manufacturing of packaged food items, similar regulations apply.

Conformity is not the sole purpose of implementing clothing rules in a business setting. There are also substantial advantages and key functions behind the creation of such standards.