Quick—identify the most common areas where mold grows. Even your Provo mold-testing specialist would say specific areas of your home, including the attic, crawlspaces, or under the sink. While mold does grow in these areas because of the presence of moisture, a particular place is something you will likely not think of in these terms as a mold habitat. This is exactly why the International Space Station, which orbits the Earth at an altitude of 250 miles (400 kilometers), is such a surprising ground for mold growth.

The ISS has, in fact, a pervasive mold problem that astronauts need to clean the inside walls of the station every week. This is especially important in an enclosed space where the air is recycled, and which humidity is not vented conventionally. What is most surprising, however, is that while mold living inside the ISS is somewhat logical (as mold is usually found where humans make their mark) new research has found that mold can also survive outside the station—clinging on the outside walls of the ISS—and exposed to deadly solar and cosmic radiation.

The ISS plays host to several types of mold, but two are the most common: aspergillus and penicillium. In a laboratory setting, Marta Cortesão, a microbiologist at the German Aerospace Center in Cologne, blasted these two kinds of mold with radiation hundreds of times the dose that’s deadly to humans. The blast of radiation simulated the kinds and quantity that mold will be exposed to in space, including X-rays, ionizing radiation, and ultraviolet light that doesn’t reach Earth because of the atmosphere (but are present outside the planet).

Hitching a Ride to Mars? 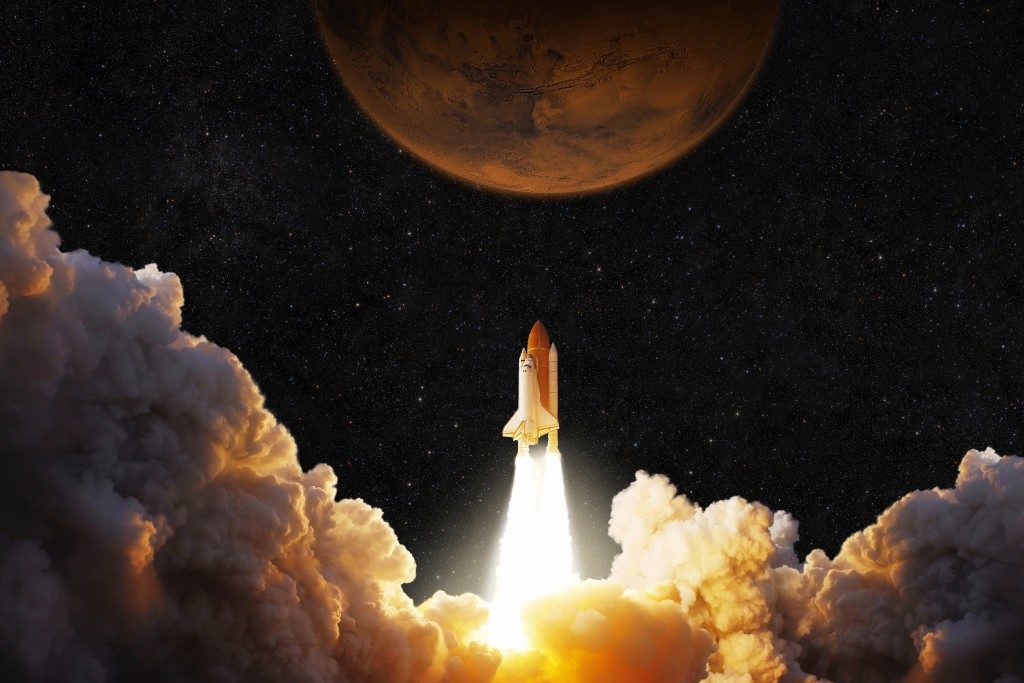 The results proved that fungi might be more suited to space travel than humans. The spores from these molds survived X-rays up to 1,000 gray, heavy ions at 500 gray, and UV light up to 3,000 joules per meter squared. To put this into perspective, a dose of 0.5 gray is enough to trigger radiation sickness, while 5 gray can kill a human. A “gray” is a unit of measurement that denotes how much organic tissue absorbs ionizing radiation, which kills living cells by damaging DNA. With a trip to Mars taking half a year, it will expose the spacecraft to a cumulative 0.7 gray of radiation. This means, reasoned Cortesão, mold that hitches a ride on the spacecraft will easily survive the journey.

Further testing is needed whether fungi, whether mold or not, can survive such a trip. If radiation is the only factor, Cortesão says that the mold will make it, but space travel would also expose the spores to less than freezing temperatures, vacuum, and extremely low gravity in combination to ionizing radiation.

Fungi “resist radiation much more than we thought they would, to the point where we need to take them into consideration when we are cleaning spacecraft, inside and outside,” Cortesão says. Still, this news might come with a silver lining. This property of fungi can be used to create hardy biological factories for metamaterials in space, such as complementing the bacterial manufacture of silk for spacesuits.

Mold is never a good thing, even in space. Putting them to good use, however, is a productive way to channel their destructive behavior to one that can benefit humanity.