Whenever people think of a courtroom, the image that often shows up is a tense situation involving a stoic judge, a belligerent prosecutor, and a very determined defending lawyer. Rarely do people think of the courtroom as a scene of comic relief or odd happenings.

But there are times when something out of the ordinary happens and the courtroom becomes one of the silliest places you’ll find yourself in. Ask court reporters in Phoenix, AZ and they probably have some funny stories to tell, too.

Here are some of the weirdest things that have happened inside a court of law that will make you laugh or scratch your head.

The defendant and the weed

In Hamilton, Ohio, a county judge once had a surprising day when a defendant snuck bags of weed into his courtroom. It all started when Judge Bernie Bouchard entered the courtroom and immediately reeled away from the stench of marijuana.

He spoke to the people in his courtroom and ordered them to produce the contraband immediately. Otherwise, he would have his police officers bring out their canines and sniff out the person carrying the contraband.

Surprisingly, the man who came forward was the defendant, Darius Dabney. Dabney told the judge that he was smoking weed earlier, hence, the stench of marijuana wafting all over the courtroom.

The judge proceeded to question Dabney if he was carrying any extra marijuana on him. Bouchard also made it clear that Dabney would be held in contempt, get a $1,000 fine, and jailed overnight for his misdemeanor. And with that, the defendant decided to come clean on the judge.

Dabney pulled out two bags of weed from his underwear, which probably solicited some laughs from the people in the courtroom. Asked why he had those, he just told the judge that he forgot to put them in his car. 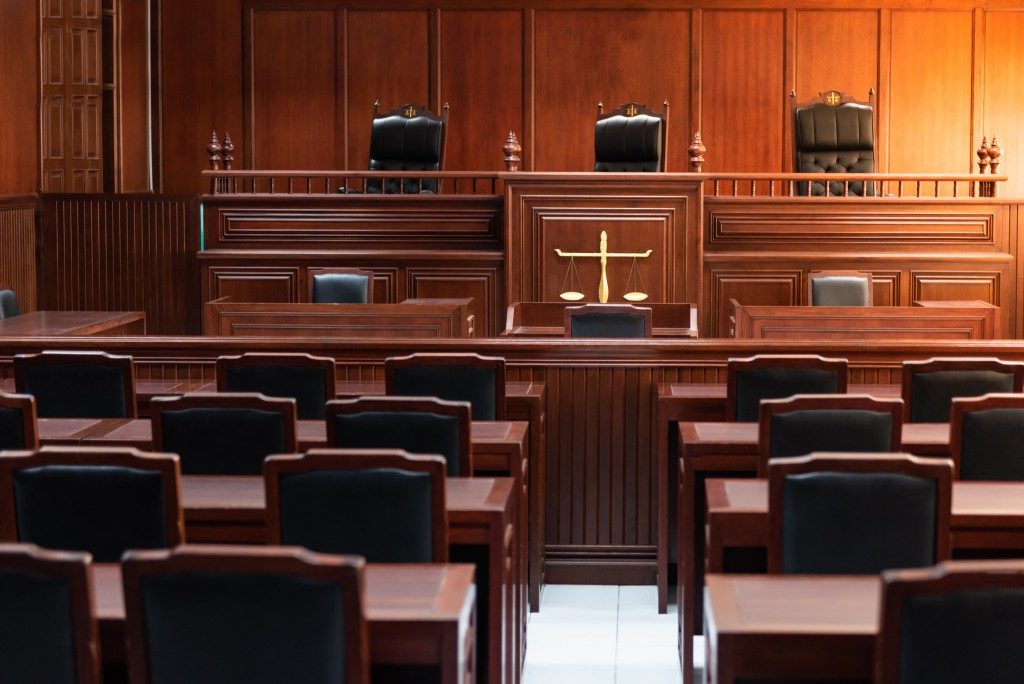 Another weird thing that happened in a courtroom involved two individuals who are supposed to uphold the law. Florida Judge John Murphy and public defender Andrew Weinstock took their jobs a little too seriously when their arguments in court became a fistfight outside.

According to the stenographer’s report, Murphy issued a challenge to Weinstock that they take trade punches outside the courtroom after the latter refused to give up his client’s right to an expedient trial.

According to Weinstock, he didn’t even manage to throw a punch at Murphy because the latter grabbed him by the collar as soon as they exited the courtroom. He added that the judge punched him twice on the face.

The judge countered Weinstock’s claims and said that the attorney threw the first punch and even jabbed him on the chest. Fortunately, a deputy officer managed to stop the altercation before it worsened. Murphy was able to return to his courtroom but Weinstock left the vicinity.

In the end, Murphy was removed from his position by the Florida Supreme Court. According to some reports, Murphy promised to attend anger management therapy sessions to curb his volatile temper.

So, don’t always think that it’s all drama inside a courtroom. Every now and then, something funny or weird happens to these venues, too. If you sneak a peek in some of them, you just might find your jaw hitting the floor in awe or your ribs hurting from laughing so much.